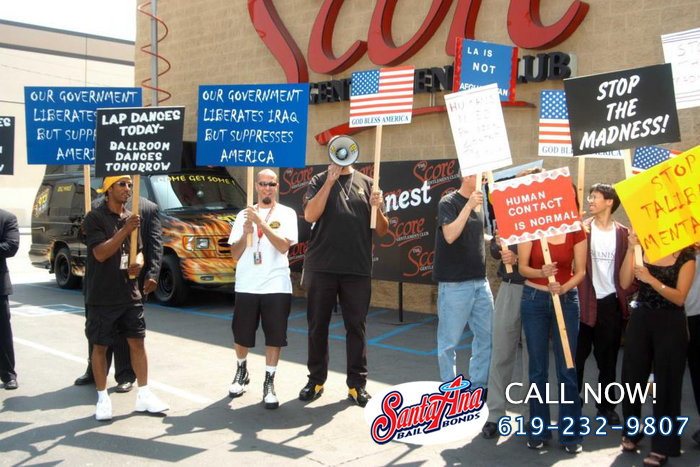 Earlier this week, there was a protest in Downtown Los Angeles that resulted in 8 people getting arrested for failing to disperse. Many others were not arrested because they acted more obediently with the police. When a group wants to protest, they certainly have the right to. They have rights, but at the same time, they must also act appropriately within their rights. There are certain things they cannot do that can get them arrested.

According to the American Civil Liberties Union of Southern California (ACLU), protesters may

As with any situation or encounter with the police, protesters must be careful with their words with the police. They’re passionate about what they’re protesting but if it gets out of hand with an officer, they can be arrested. When the police finally order all to disperse, they must do so, or face the possibility of getting arrested and spending time in jail.

Some protests have turned into riots, where damages are done to the city like starting fires and loitering. It gets physical and very much more serious than peaceful protests. In cases like these, many end up arrested and face charges.

Peaceful protesting is the right way to get your message across, and everyone should know that. Destroying property, endangering others, and harming others is not the way to go about the situation.

If you or someone you know is arrested as a result of protesting, Grant Hall Bail Bond Store can help with bail by providing an affordable bail bond.