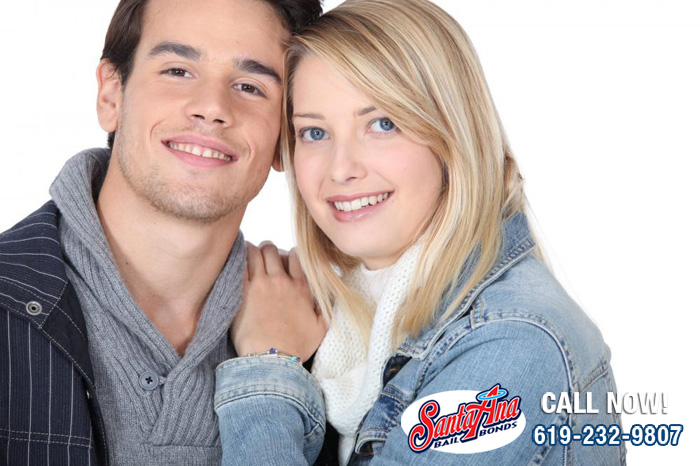 When you need help bailing a friend or family member out of jail, you will want someone you can rely on to help you. You want help from a bail agent from San Diego Bail Bond. Our bail agents have been bailing people and their loved ones out of jail since 1987. Our clients have always been there for our clients when they were needed most.

Our bail agents are working and available whenever you need them most. It does not matter if it’s night or day when you discover that you need to bail someone out of jail we can help you rescue your loved one. We can bail the people you care most about out of any jail or courthouse in California so we can help you wherever in the state you are.

Unlike other bail bonds agencies that are only out to make more money off of their clients, we are actually here to help our clients. We are willing to break up the large cost of a bail bonds into smaller, more manageable monthly payments. We will work with you to make a personalized payment plan that fits your budget.

At San Diego Bail Bond Store Service we do our very best to take care of our clients and make the bail process easier for them. Our bail agents are available 24 hours a day, 7 days a week so you can get the help you deserve when you need it and it does not matter where in California. We can help you bail your loved one out of any jail or court in the state.