Irvine City Council opposes construction of the proposed 384-bed facility and has 2 lawsuits pending against the county. 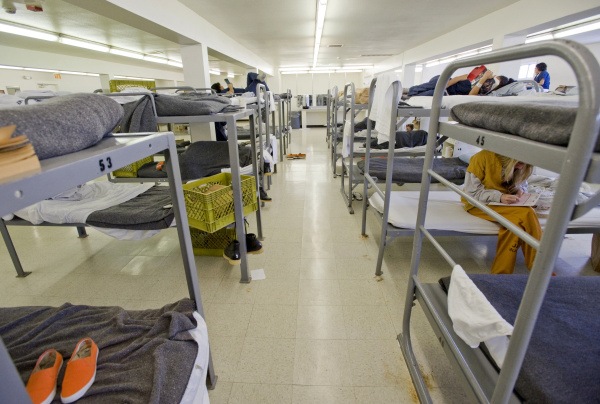 Bringing the James A. Musick jail in Irvine closer to a major expansion, a state board on Thursday awarded Orange County an $80 million construction grant.

The proposed 384-bed facility would focus on rehabilitation, with classrooms and therapy rooms in addition to minimum- and medium-security dorms.

While officials say the model is good for society, it hasn’t swayed opponents who have been fighting expansion plans since 1998. The Irvine City Council opposes construction, and has two lawsuits pending against the county. Near Musick, developers are building million-dollar homes, heightening tension.

“It’s good for Orange County overall,” Supervisor Todd Spitzer, who represents that area, said of the award, “but there’s still concern from the residents.”

The Board of State and Community Corrections approved the county’s grant, part of $500 million for similar projects throughout the state. Orange County received the maximum allocation. Los Angeles, Riverside and San Bernardino counties also each received $80 million. The funds, from Senate Bill 1022, are designed for rehabilitative facilities. Inmates at Musick would participate in therapy and work with probation and social services on a strategy for re-entering society.

“It’s going to provide us an opportunity to introduce new programs into the jail that will help reduce recidivism,” sheriff’s Lt. Jeff Hallock said.

Irvine filed a lawsuit Jan. 8 requesting an injunction against construction. This and another pending lawsuit challenge the county’s environmental impact report. In October, Irvine lost a legal fight against a separate 512-bed expansion, which is planned to begin construction in 2016. Today, Musick has 1,322 beds.
Irvine council members expressed frustration Thursday, and the mayor appeared open to discussions with county officials.

“We would like to have a chance face-to-face to discuss our concerns and then come up with some way they can mitigate our concerns,” Irvine Mayor Steven Choi said.
Spitzer said he, too, wants to negotiate.

“I’m reaching out to the Irvine City Council to see if there’s any interest in a cap, or (a restriction on) the type of inmate,” Spitzer said. “But I’m worried that we’re going into an election season, and council members will make this an election issue.”

Some counties are planning to appeal Thursday’s awards, and that could affect the distribution to other counties. The Board of Supervisors is expected to accept the grant in July, and construction is targeted for summer 2017.