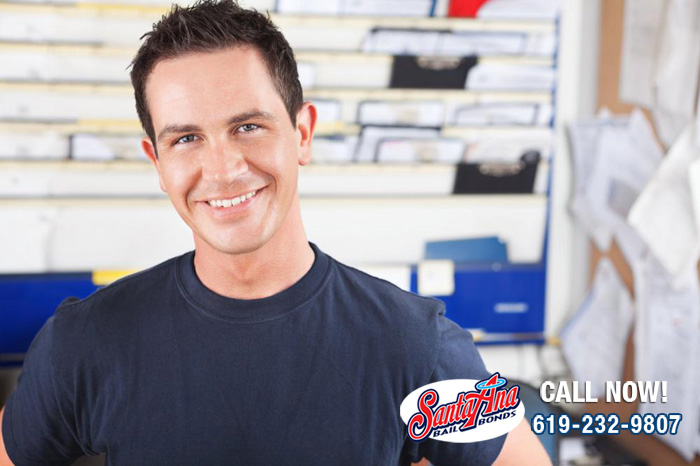 If you have a loved one that has been arrested and you want to bail him or her out of jail, call San Diego Bail Bond Store Service. We have been helping the people of California bail the ones they care most about out of jail since 1987. We know all of the tricks to make bailing your loved one out of jail easy for you.

When you call, just give one of our trained bail agents the name of your friend or family member and the county in which he or she was arrested in. Our bail agents will do the rest, they will scour through the county databases and find your loved one’s information. Once all the needed information has been collected, we can begin figuring out the payment.

Our bail bondsmen are available all day and all night to assist you whenever you need it. Our bail agents can answer any of your questions regarding bailing your loved one out of jail and will be more than happy to walk you through the bail bonds process. You can count on being treated with the dignity and respect that you deserve.

We have nearly 30 years’ worth of experience bailing Californians out of jail and helping them get back to their normal lives. We believe in honesty and integrity and so we will never surprise any of our clients with hidden fees. Our professional bail agents will help you bail out your loved one in a timely manner and make the entire experience easy for you.