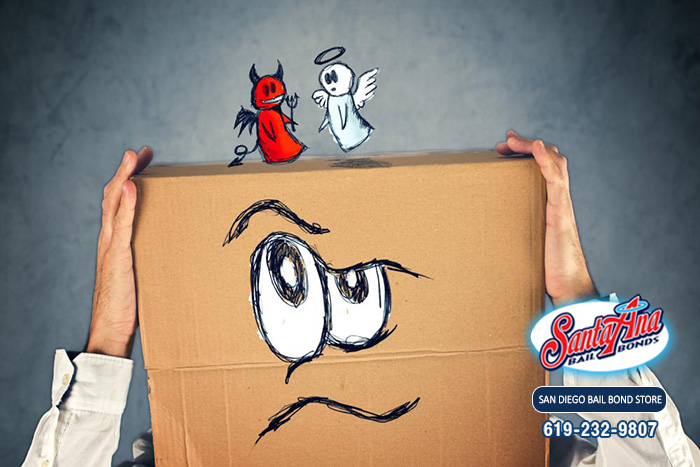 The current situation you are in is heartbreaking. Your loved one has been arrested and cannot afford to pay for bail alone.

Sitting on your left shoulder is the little you that says, “Don’t get involved! You’ve done so much for them in the past and they keep letting you down! You need to let go! Besides, bail is quite a bit of money….”

Then sitting on your right shoulder is the little you that says, “This is family. Who else is going to help them get out of jail and teach them to get their lives straightened out? Sure you’ll have to pay, but you’ll regret it if you don’t.”

We get it, this is an internal struggle some people in this situation have. No one wants to hear that their loved one has been arrested or be tasked with getting involved and giving up some of their money for such a situation. Yet, we here at Castaic Bail Bond Store promise you that people are so glad they decided to go along with the little person on their right shoulder.

They eventually get over the anger and frustration, come to their senses, and help bail their loved one out of jail. Upon seeing their loved one freed from jail, their emotions turn to joy and relief. They are glad they decided to help out. If they had not offered their support, they would soon be filled with regret.

You will not have to deal with this whole bail situation on your own. Your Castaic Bail Bond Store bail agent is here to assist you through the entire process.