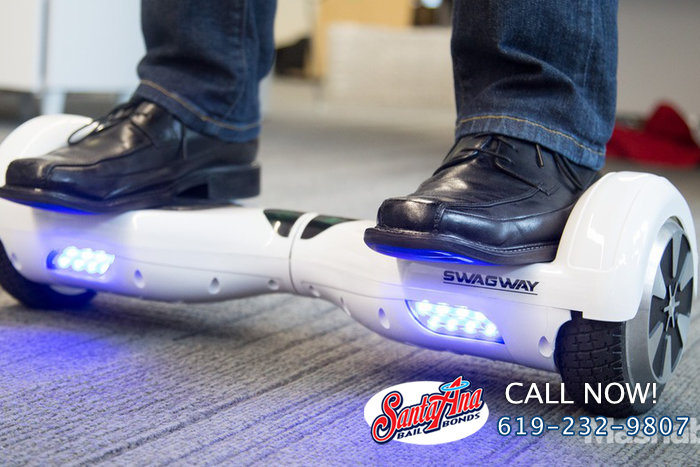 For them being one of the hottest toys at the moment, it can be easy to forget about (or not realize) the new laws surrounding them. Of course we’re talking about hoverboards, those electrically motorized boards.

Hoverboards gained popularity when athletes and celebrities were seen using them. Quickly, everyone wanted one. Then came all the sudden reports of a number of hoverboards catching fire or exploding. Due to the increasing incidents, hoverboards have been banned from airplanes and have gained more criticism for rider safety and how it may or may not interfere with drivers, cyclists, and foot pedestrians. Yet, there are still so many people who desire to have one.

Now, there are new laws in California that most address the rider’s safety.

And because these are laws, there will of course be consequences for any violators: a fine of up to $250.

San Diego Bail Bond Store can help anyone out who may end up getting arrested for repeat violations – or any other unrelated crime. We provide affordable, low monthly rate bail bonds.