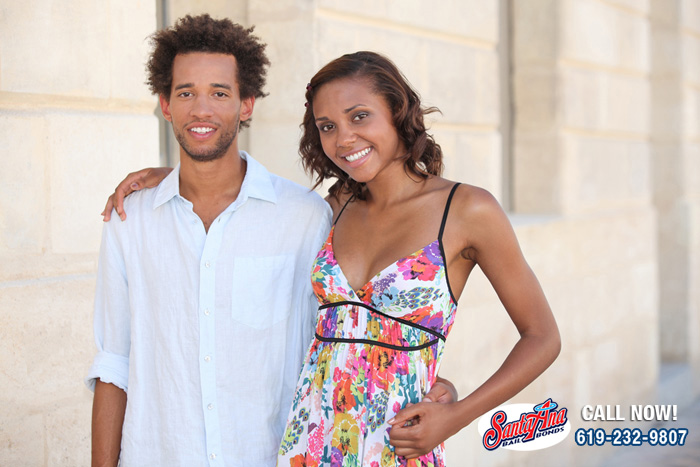 Being separated from someone you loved can be devastating. No one likes to be alone, and when someone you know and care for is arrested, you can both suffer. Your loved one is now stuck in jail and you are too worried about her to do anything. What you need to do is bail her out of jail as quickly as you can so that your lives can return to normal.

Use one of our skilled bail agents at San Diego Bail Bond Store Service to help rescue your loved one from jail. We have been helping Californians bail their loved ones out for nearly 30 years now and we have nothing but happy clients. We learned long ago that taking care of our clients was a top priority and we continue to treat all of our clients with the dignity and respect that they deserve.

At San Diego Bail Bond Store Service, our goal is to please our clients and help them get their loved one back. This is why we do not have any complaints from the California Department of Insurance, unlike other bail bonds companies that seem to be trying to get more complaints then they have years of being in business.

Our bail agents know all of the best ways to get your loved one out of jail quickly thanks to their years of training and experience. As soon as you call San Diego Bail Bond Store Service, our bail agents get to work finding your loved one’s information so that we can get a bond set up. To get things started, just give our bail agents the name of your loved one, her birthday, and the county she was arrested in.

Once we have found your loved one’s info, we work with you to figure out payment, and from there we bail out your loved one. We cover all of California and have offices and agents all over the state near local jails and courthouses. Because of this we can have your loved one out of jail in as little as two hours depending on the county she was arrested in.