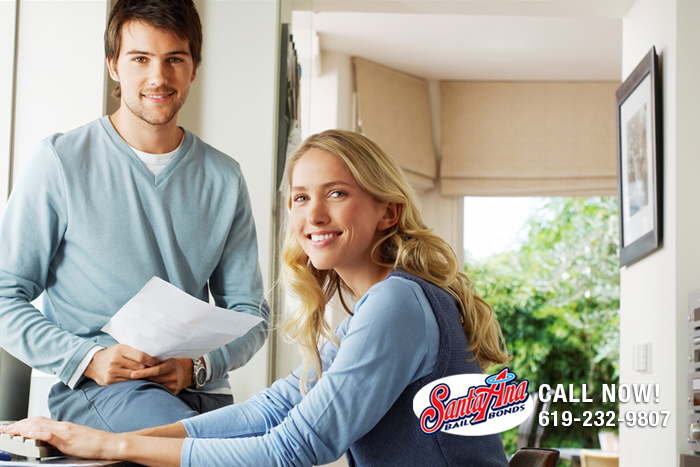 If you get a call from someone in jail, it probably means he or she is seeking your help to bail him or her out. They are desperate and remorseful for their actions, ready to face consequences, and will be so grateful for you to support them, even if you are angry and disappointed.

The judge will determine the price of bail based on the arrested person’s criminal history and the crime. Because bail can be so high, many arrested people cannot afford to pay the entire amount in one instant payment in cash. So, they call someone they can rely on, they can call San Diego Bail Bond Store Services.

What we do is work with you and the arrested person together. We agree on a personalized payment plan so that you, the person co-signing the bail bond, can pay us 10% of the bail amount over a course of so many weeks, months, etc. Once we complete paperwork (no more than 30 minutes), we will send it off to the jail where your person is being held. The jail will process the paperwork and your loved one is free to return home.

Now, as the co-signer of the bail bond, you are responsible for getting the arrested person back to court when they are ordered. That is, if you wish to not pay the consequential full bail amount and get all your collateral back. Think very hard about co-signing a bail bond – the arrested person may be your best friend but do you trust him or her enough to go to court when asked, so that you do not have to pay for the dire consequences?

Don’t worry – you do have rights and we do take precautions to protect our co-signers as well. You can request to have the arrested person take a drug test or see a therapist so you can better determine if you want to co-sign.

If you have additional questions about the bail bond process or what it takes to be a bail bond co-signer, do not hesitate to contact San Diego Bail Bond Store Services at 619-232-9807 – even if you only want to ask questions. When you’re ready to start paperwork, we will be ready too.