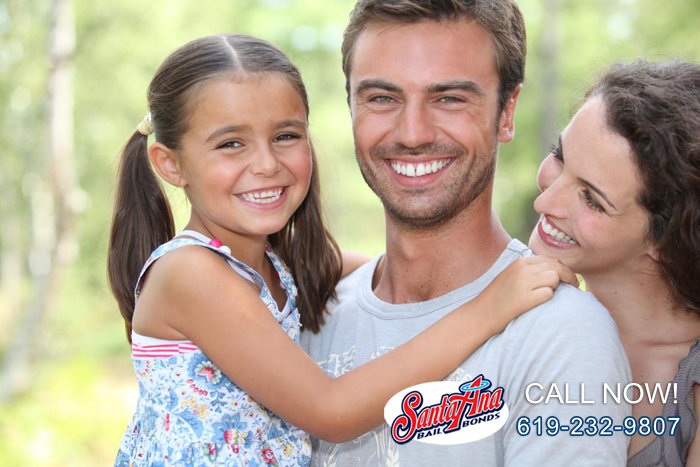 Everyone needs a hero from time to time, and usually the hero can just be someone in the family doing something nice. If you have a family member who has been arrested, be a hero and bail him or her out of jail today. All you have to do is get in contact with an Del Mar Bail Bond Store bail agent and they will help you get your loved one out of jail.

We have been helping bail people out of jail since our founding nearly 30 years. We are a family-owned company and we know how to take care of our clients and their families. Our bail agents are a part of a family here, and treat bailing your loved ones out of jail like they would bailing their own family members.

Our bail agents get to work as soon as you talk to them. All we need to get started is your loved one’s name, birthday, and county of arrest. Our bail agents will use that information to locate your loved one in the county database and begin filling out the paperwork. We get this process done quickly, we can even get it done over the phone or online.

Our bail agents will walk you through the bail bonds process so you understand exactly what is going on at any given moment. Our bail agents can answer any of your questions about rescuing your loved one from jail. You can count on us being there to assist you whenever you need help most.

Our skilled bail agents will help you be a hero for your family member. We can get your loved one out of jail in as little as two hours, depending on the county where he or she was arrested. With help from Del Mar Bail Bond Store, your family member will be out of jail and home safe and sound in no time at all.