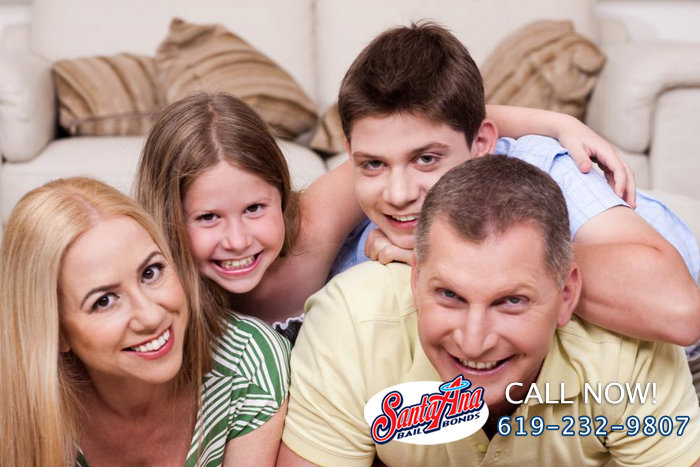 When someone in the family has been arrested, there is no doubt that there will be tension and stress. The mix of emotions will clutter everyone’s vision for awhile but all should have the same final goal: bail that loved one out of jail and stand together and support one another through this difficult time. You may not agree on everything, but bringing home your loved one will be one thing you all agree on.

How will you pay for bail, and who will be responsible, financially? That is up to you, but San Diego Bail Bond Store can help your family figure out the most affordable route with one of our flexible payment plans. We charge the minimum 10-15% of the bail that can be paid off over a period of time. There is no interest and no hidden fees. We also offer discounts for qualifying persons.

We hope to make paying for bail and getting through the bail process as simple and easy as possible. You all have more than enough to worry about so let us take some of the stress and responsibility off your shoulders. San Diego Bail Bond Store agents are the best in the industry. We’ll take care of you as long as you take care of your family.

We’re available 24/7 and consultations are free. We absolutely won’t disappoint you!