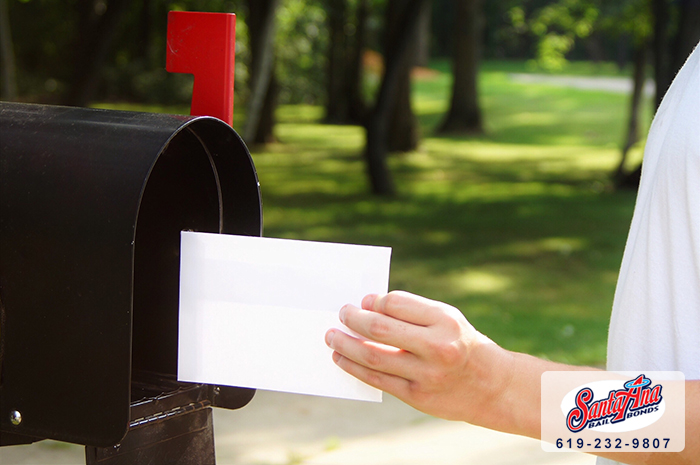 ost people are just trying to live their life. They don’t want any trouble and do everything that they can to avoid it. Whenever some government official or law enforcement officer tells them to do something, they do it, often without question. Every law abiding citizen does that. Unfortunately, even that can get a person into trouble if they are not careful.

Sadly, there are people out there who don’t exactly follow the rules, and they like to cause trouble. Their favorite people to target are the ones who are afraid of causing trouble. These bad people create scams that trick good people into giving them money or risk getting into trouble with the law.

If people want to avoid something like this, then they need to be aware of all of the different scams out there and how scammers like to operate.

A common scam, especially around tax season, is for scammers to send letters to potential victims. The letters arrive via the United States Postal Service (USPS), which is one of the primary forms of communication that the IRS actually uses. This adds a layer of believability to the scam. The phony letters almost perfectly replicate Internal Revenue Service (IRS) forms stating that the person is behind on some type of payment or something of that nature.

The letters will often state that a discrepancy was found on the victims tax returns and that they owe the IRS some amount of money. One obvious red flag that people should be aware of when it comes to scams is that the scammer will try to intimidate the victim. This can be done in a number of ways, but often involves threatening to arrest the individual or getting the police involved. The IRS would never do that.

Another warning sign involves how they ask for payments. Often times, the scammers will request money be paid immediately and in certain, untraceable ways. This way, once they have the money, there is nothing the victim can do about it. Some preferred methods include:

The IRS would never demand money immediately, and they definitely wouldn’t accept these kinds of payments. Anyone asking or demanding for this kind of payment is clearly a scammer.

The Best Way to Be Sure

Probably one of the best ways to check on whether or not something claiming to be from the IRS is a scam is to just contact the IRS. If a person receives a letter in the mail stating there was a discrepancy on their tax returns and they are unsure of the authenticity of the letter, then they should call the IRS.

Finding contact information for the agency is as easy as going to their website: IRS.gov. A person can then call up and talk to someone who actually knows something in order to confirm whether or not the letter is real.

Contacting the IRS may not be the most fun thing in the world to do, but it is better to be safe than sorry.

No hard working individual ever wants to scammed out of their money, but they also don’t want to get into any trouble with law enforcement. That fear of getting into trouble is what scammers feed off of. They want to scare their victims into acting without thinking things through enough to see the cracks in their scam. This is why it is always best for a person to take a step back and think things through. Doing so could easily help a person see the scam for what it is.

Have you received a letter claiming to be from the IRS that states you owe money on your taxes? If so, be sure to really examine that letter, and talk to the actual IRS to confirm the letter’s authenticity to avoid being conned.