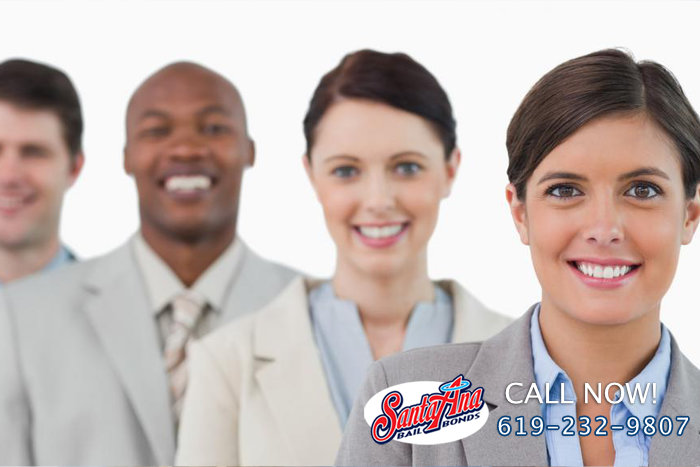 Do not lose hope just because one of your friends or family members got arrested. You can get your loved one out of jail in no time at all simply by going to San Diego Bail Bond Store. We will provide you with the professional bail bonds assistance that you need in order to rescue the people you care about from jail.

We have expert bail agents working for us and some of them have been with us since our founding 29 years ago. No matter which agent you work with, you can count on getting the best bail help. As a family-owned company, our agents work together and share all of their strategies with one another.

This sharing of knowledge makes our bail agents some of the best in the entire state of California. We like to keep our agents at the top of their game, and so we continually train them. This ensures that our clients will always receive the best bail help available in the state of California.

Once you begin talking with one of our agents, they begin working for you. All it takes for us to start the bail process is your loved one’s name, birthday, and the county of his or her arrest. We use that information to locate your loved one in the county jail system. We will begin securing your loved one’s release right away, and in no time at all, your friend or family member will be back home.

Our main goal at San Diego Bail Bond Store is to help all of our clients to the best of our ability. That means getting your loved one out of jail quickly, and making the entire bail bonds process easy for you. We will always be there to help you, no matter what time it is, or where in California you are. Have faith in our bail agents, they will show you the way, and give you hope.

You can have your loved one out of jail at an affordable price by calling 619-232-9807 or by clicking CHAT WITH US NOW! now.