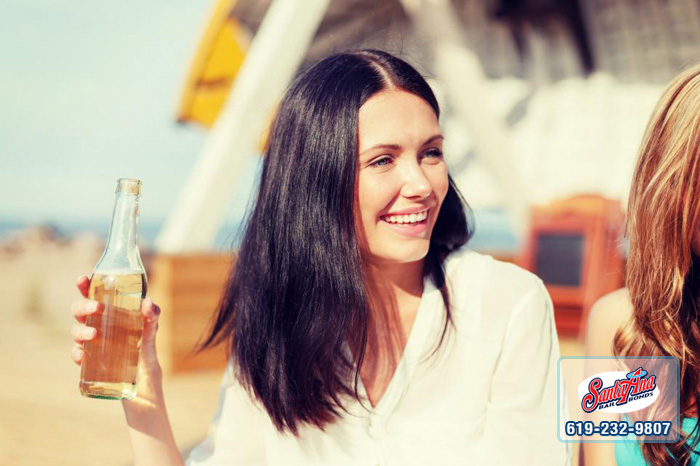 California is known for many things, including its many beaches and the beautiful weather. Everyone flocks to the shores to play in the sand and water, to relax and have a good time with friends, and to eat but not drink alcohol. It is illegal to drink alcohol at the majority of California’s beaches. However, those who prefer a little booze with their beach trip are not out of luck, because there are a few beaches that are alcohol friendly.

Carmel Beach
Located in Northern California, Carmel-by-the-Sea is known as a quaint, picturesque town that is even more captivating because of its alcohol friendly beach. You can have your choice of alcoholic beverage in between your surf runs, while you lay on the beach, in between beach sports, or during a bonfire. The only rules are that the drinking must be done by 10 PM and you cannot have a keg.

Paradise Cove, Malibu
At Paradise Cove, beach goers are allowed to sip on beer, wine, or champagne anytime between 8 AM and sunset. There is also a restaurant on-site where you may order drinks and food. Parking can be somewhat of a turn off here, as the fee to park on site is a bit steep. The restaurant will validate your parking, if you dine there. Otherwise, if you are adamant on hitting Paradise Cove, you will have to park further away on the street and walk in.

Kehoe Beach
If you walk a half mile along the northern end of Great Beach at Point Reyes, you will hit Kehoe Beach where you definitely can bust out your alcohol, as long as it is not in a keg. Note that the beach closes at 11 PM so everyone must be off it by then, so give yourself a little time to make the short walk back to your vehicle.

In order for these beaches to remain alcohol friendly, remember to not leave a mess and not be disruptive and rowdy to the point you are causing a disturbance for others. Think of these alcohol friendly beaches as privileges that you would not want taken away. Keep the beaches clean and the fun open to others by drinking responsibly and cleaning up after yourself. Finally, remember to be mindful of how you will be getting home at the end of your beach day. Designate a sober driver or know when to stop drinking so you can sober up.