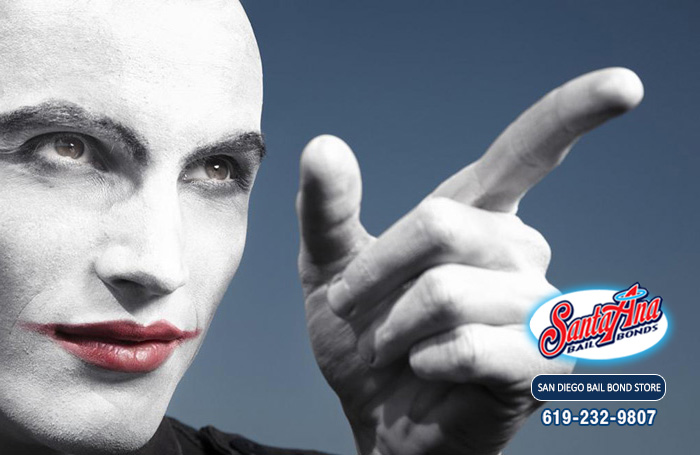 By now, you have probably heard in the news about clown sightings, and we do not mean doll clowns or clowns who entertain at children’s birthday parties. We mean real adults dressing up as creepy clowns and scaring other people, some even hold knives props.

Do not be ashamed to say clowns freak you out; you are not the only person. If you see something going on, someone dressed as a clown and looking and/ or acting suspicious, notify the authorities immediately. If you see them, it is best not to approach them, as you never know what can happen.

With Halloween approaching, these scary, frightening, creepy clown sightings are keeping people more on edge than usual. It is no laughing matter. We want Halloween kept fun.

If something goes wrong on Halloween, and someone ends up in jail, Fairmont Bail Bond Store can help post bail using a bail bond. Reach us online or at 619-232-9807.